Our company history at a glance

Frerk Aggregatebau GmbH has been producing power generation systems for a wide range of applications since 1964 – that's over 50 years of experience and top performance for the power supply.

Construction of a production hall with office building in Schweringen

Foundation of the sales office South in Viernheim, Germany

Construction of a production hall: Enlargement of the production area to approx. 11,000 m²

Commissioning of a 1,500 m² warehouse

Certification according to DIN EN ISO 3834: Welding in series production, one-off production, repair and on the construction site (assembly). The certificate applies to all welding application areas

Become part of the team

Our highly qualified and experienced team 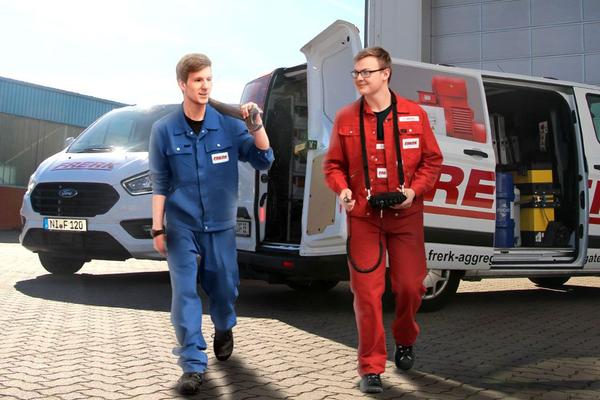 Frerk is proud of its highly qualified and experienced team. Each and every one of our employees works with his entire professional expertise and passion for our customers worldwide.

Our staff is international. We value each personality with their individual skills as well as the cultural differences and use this asset as an opportunity to better shape our products and promote collaboration.